On the 16th of April 2015, Cambridge Tutors College sent a seven-a-side football team to play in the CIFE football tournament held at St. George’s Park in Burton upon Trent. The team consisted of 10 footballers with the exception of 4 extra supporters who came to give moral encouragement to the team.

After a four hour journey to Burton upon Trent, the football team settled into their rooms, then headed out for their dinner at Wing Wah, a local Chinese restaurant that served a scrumptious buffet that filled up the stomachs of the team and coaches. After dinner, the team went back to the hotel to get a good night’s sleep.

On Friday the 17th of April, the team woke up early to get some stretching and mobility training and also a word from the coach about some strategies to prepare for the match. At 9.00am, the CTC football team headed to St. George’s Park. The team then headed to the dressing room and got changed.

The first match for the CTC Football team was against the MPW Blue team. CTC stated off very strongly and was very unlucky to capitalise on many chances that was created during the match and thus the match ended in a draw. CTC played CSS in their second match in which it saw the CSS football team dominating CTC but through persevering, CTC managed to hold CSS only to a 1-0 victory which gave CTC one point even though CTC loss the match. The third match CTC encountered was against MPW London. MPW London took the lead after an unlucky defending error made by CTC. Despite that, CTC managed to pull an equalizer through striker Kelechuwu and kept the pressure on MPW London, but the match ended in a draw. The final group match was against Bosworth and due to a formation mismatch, Bosworth College manage to control the midfield area and won the match, but it was a well-played match by CTC nonetheless.

The final match played by CTC was against Collingham College and it was a brilliant match indeed. The match started off well with CTC making a change to their formation and under the leadership of their captain, Rahul Farhan Menon made it extremely difficult for the Collingham team to get through CTC’s mighty defence. The match ended in a draw which meant that it would result in a dribble shoot out. The saviour of the day was Alex Khun, CTC’s goalkeeper who managed to save all three dribble shoot outs winning the match for CTC. The win for CTC meant that CTC would come in seventh. The presentation of the medals took place after all the matches were over and the CTC Football team made their way back to Croydon.

The Football tournament was the first tournament ever held by CIFE .All in all, it was a great experience for all the players, coaches and supporters and it would be great for CIFE to hold tournaments like this in the future. 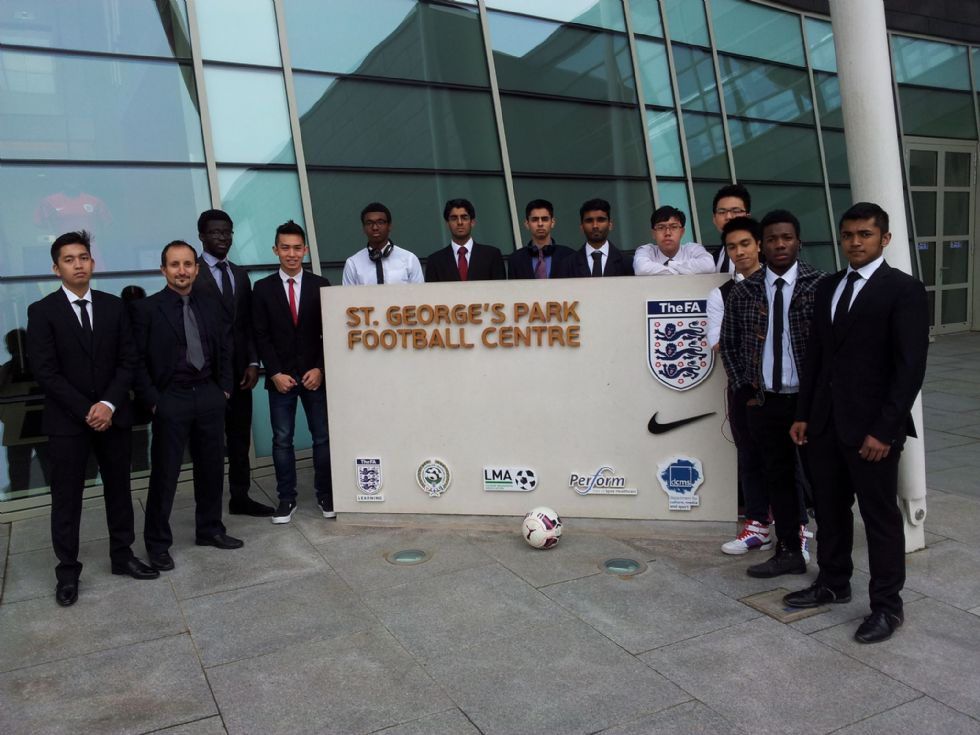