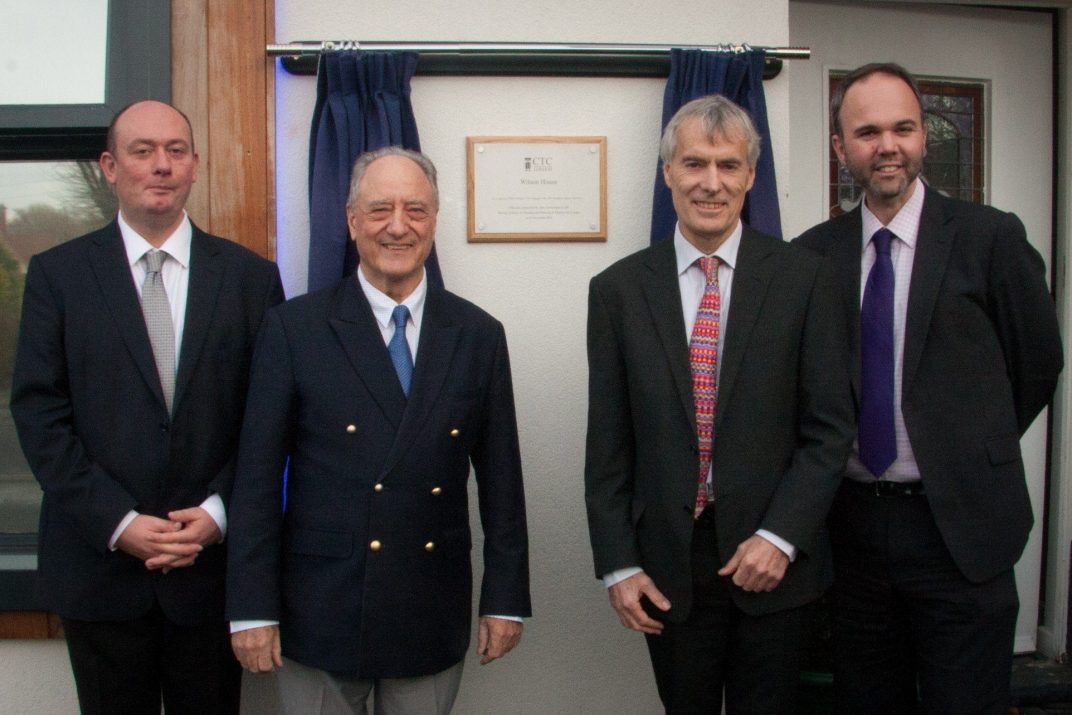 The CTC community were delighted to welcome the Rt. Hon Gavin Barwell on 9 December to open their new boarding facility.

The Minister of State for Housing and Planning officially opened the boarding house with Principal Dr. Chris Drew, and David Wilson who the facility is named after. David was Principal at CTC from 1981-1997 before moving overseas to become the International Recruiting Adviser to the College. He retires from his recruiting role in August 2017 and the naming of the boarding house is recognition of the enormous part David has played in the history of CTC.

Wilson House is a 35-bedroom facility home to both UK and international students and provides students with high specification en-suite rooms within a friendly communal environment. CTC House Parents are on site 24/7 – providing all students with care and support if required.

Dr Drew, CTC Principal commented, “We were delighted to welcome Gavin Barwell to open our new Boarding Facility. It is a landmark moment in the history of CTC. The introduction of Boarding signals a strengthened commitment to providing students with accommodation options when they arrive from around the UK or from overseas. Their welfare and happiness will always be our primary concern.

“It was also fitting to name the facility after David Wilson. During his time as Principal and consequent move to becoming our chief recruiter overseas, CTC cemented its place in the elite of UK’s further education system.”