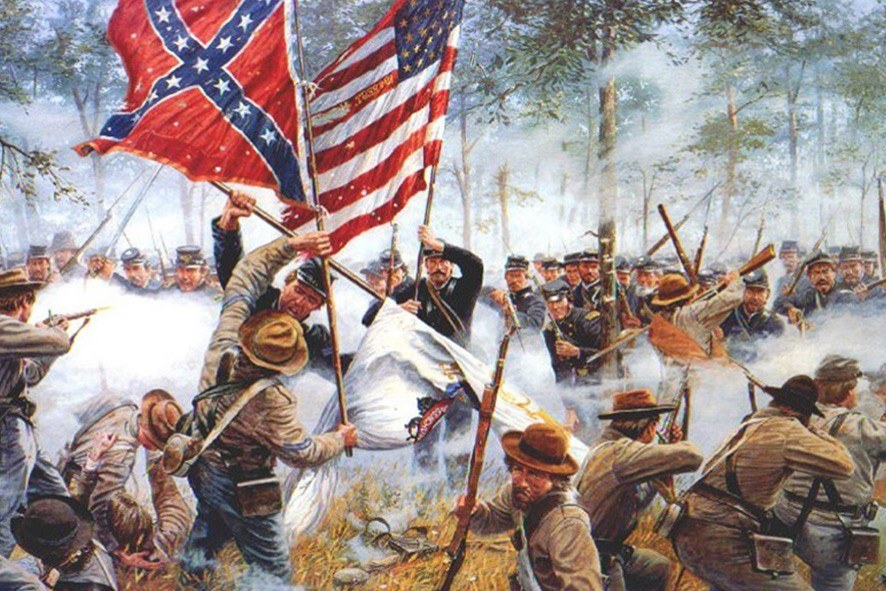 This week Mr Cutting from the English Language department gave a talk on the Battle of Gettysburg for History Society. This was the largest battle of the American Civil War (1861-1865), and took place on the 1st to the 3rd July, 1863. The battle was fought as soldiers from the South invaded northern territory and threatened Washington D.C, aiming to force a political settlement and win the war. It occupies a significant place in the American psyche, and the battleground is a frequent site of pilgrimage for Americans and others from all over the world, despite the fact that the battle was arguably not a turning point in the war. Perhaps one of the reasons that it is so well-known is because of Union President Abraham Lincoln’s famous ‘Gettysburg Address’, delivered several months after the battle, which speaks of ‘government of the people, by the people, for the people’.

Students learned that the battleground was chosen by a junior commander almost by chance, when Confederate (Southern) and Federal (Northern) troops ran into each other outside the small town of Gettysburg on the morning of the 1st July. The Union soldiers formed a defensive formation after retreating south through the town, and used reinforcements to bolster their lines, as General Robert E. Lee, the most famous Confederate commander of the war, launched wave upon wave of artillery and infantry attacks on the northern positions. After significant losses, including those sustained in ‘Pickett’s charge’, when Confederate soldiers almost succeeded in breaking the Union lines, Lee had to admit defeat. He slowly withdrew south, back into Virginia, pursued by Union soldiers, who did not, however, take the opportunity to engage Lee’s army further, and hence allowed the Army of North Virginia to fight another day despite its devastating losses. The war dragged on for another two years.

In this month of recent change at the White House in Washington D.C., it was interesting to reflect on the history of the United States, and to read the inspiring words of Abraham Lincoln, as he dedicated the Gettysburg cemetery ‘as a final resting place for those who here gave their lives that that nation might live’.