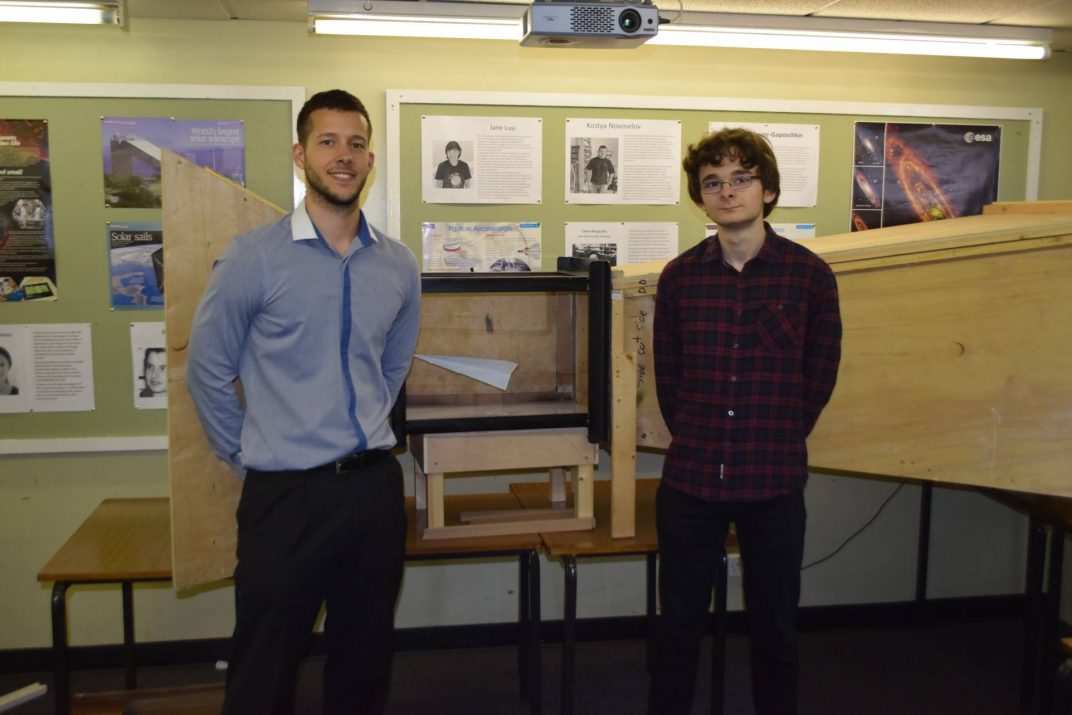 We have some incredible students here at Cambridge Tutors College, who we are certain will go on to do some amazing things! We would like to shine a spotlight on a few to show how proud we are of their abilities, achievements and passion! 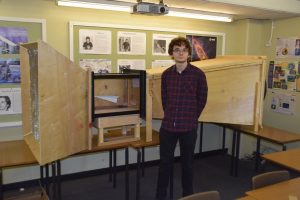 This edition is Joseph, a Mathematics and Physics student who has just designed and built the College a new wind tunnel!

Joseph first became interested in designing and building a new wind tunnel for the college after seeing the existing wind tunnel in action during a physics lesson, noting that some improvements could be made.

With the guidance and assistance of Mr Gibson (pictured above), he drew up an initial design consisting of a continuous steel tube, but after researching the designs of both professional and student-made wind tunnels, he realised that this would be both inefficient and difficult to fabricate. Eventually, he came up with a design that would allow him to use the existing fan. 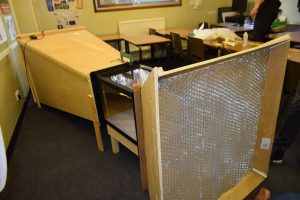 The wind tunnel is divided into three sections; the Contraction Cone, Test Section and the Diffuser. The Contraction Cone consists of a honeycomb screen and two aluminium mesh screens. This causes the air flow to become linear rather than turbulent, giving more accurate results. The Test Section is made with polycarbonate sheets on a steel frame with a wood door to allow access to change the models. The Diffuser is the longest part of the wind tunnel and is connected to the fan. Rather than blowing air, the fan is mounted backwards in order to “suck” air through the tunnel. 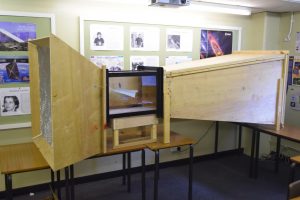 In theory, the wind tunnel will be used for aerodynamic research of different models to study the effects of air moving past them. The test object would often be accompanied by suitable sensors to measure aerodynamic forces, pressure distribution, or other aerodynamic-related characteristics. Smoke is sometimes added in order to see the exact wind lines and turbulence caused by the models.

The whole process took around three months after confirming the final design. Joe built the main sections of the tunnel at home over the weekends with the help of his father, who is involved in steel fabrication and spent his lunch breaks working on smaller areas of the project with me to ensure everything was going to plan. 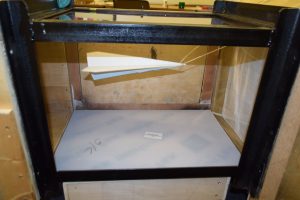 Once set up, we made a basic paper plane design and by adjusting the speed of the fan, we were able to get the plane to fly relatively stable by itself using a piece of string to stop the plane from being sucked through the test section.