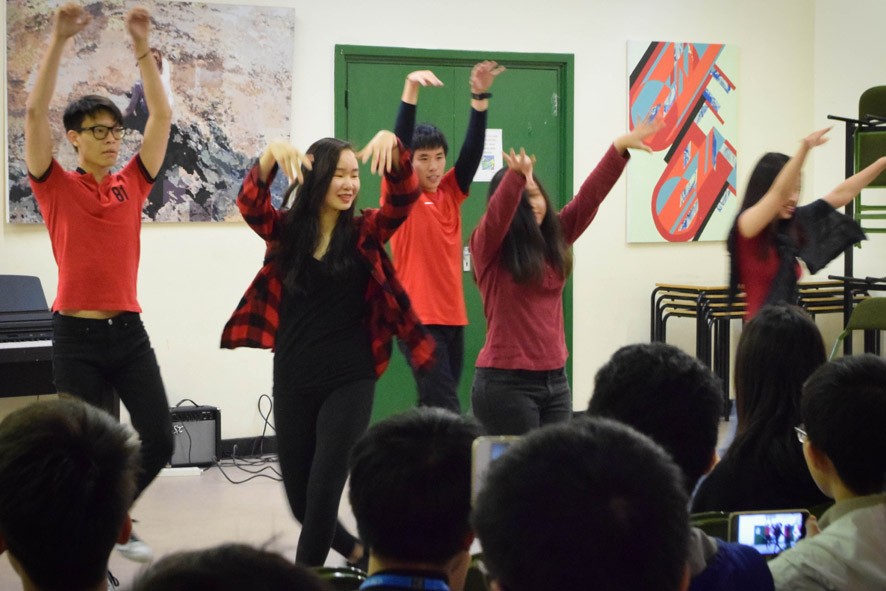 The Student Committee organises lunch time concerts at least once a term and the first one was held on Wednesday 18 October. CTC has some very talented students (and staff), and for those who attended the concert, they enjoyed music, singing and a dance act!

Shifeng (Leo) Liu and Rui (Karthus) Li opened the concert by playing an Irish whistle and a guitar, followed by a saxophone played by Karthus.

There was silence in the Hall when Abigail Treip played a beautiful piece on the piano, followed by Yingying (Constance) Feng who sang (without a backing track) and both girls were excellent! Dr Rodgers then played the banjo and performed a song that he wrote about his son! The Student Committee members also contributed to the concert with an energetic dance number – which was enjoyed by all.

The College Choir, consisting of students and staff, ended the concert, and as always, everyone sang their hearts out!