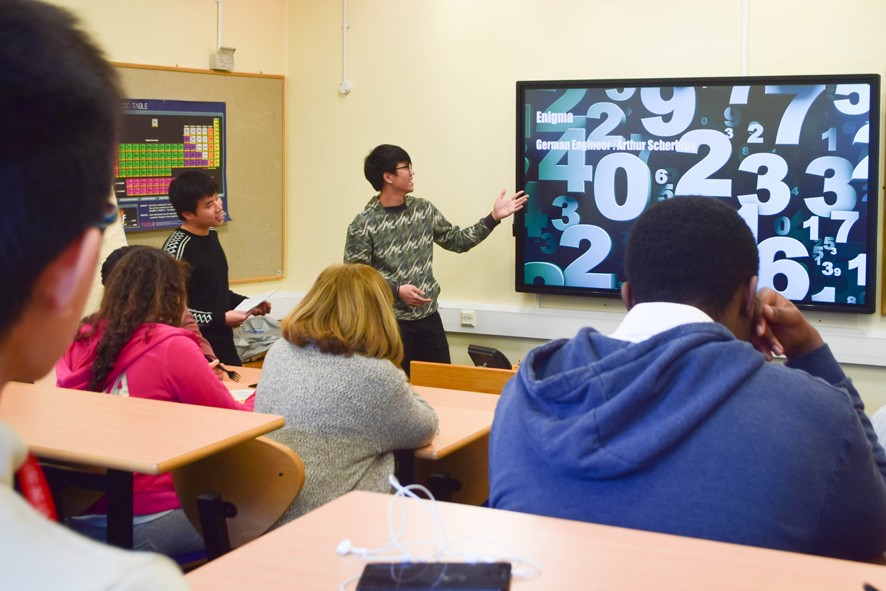 Chung Tou (Nicolas) Luk and Zhetao (Thomas) Xu explained that, during World War II, the Nazis used a device called Enigma to encrypt their messages – and believed that the code was impossible to crack. However, a British mathematician called Alan Turing and his team at Bletchley Park built the ‘Bombe Machine’ that was able decipher the instructions sent from the German military. Their use of cryptology and the breaking of the Enigma ciphers contributed greatly to the defeat of the Axis powers and significantly shortened the war.

Turing had been identified at Cambridge University as a likely candidate for code breaking due to his mathematical ability. Yet, until the release of the Oscar-nominated film ‘The Imitation Game’ in 2014, the name ‘Alan Turing’ was not widely known. Nevertheless, Turing’s work during the Second World War was so crucial that Winston Churchill acknowledged his role, saying that Turing made the single biggest contribution to Allied victory.