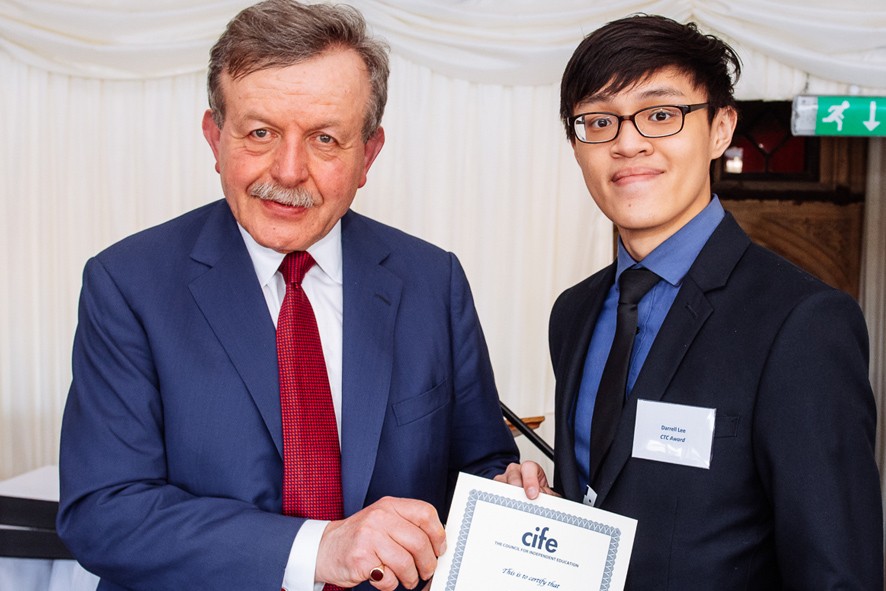 This year’s CIFE Academic Awards were held at the House of Lords on 18th April 2018. The awards were presented by Lord Lexden OBE, who became CIFE President in 2013. It was a very special and important occasion for the students, their proud families and dedicated teachers.

Darrell joined CTC from Malaysia to join our 24-month A level course. He took Mathematics, Further Mathematics, Physics and Chemistry and attained A* grades in all four. A keen mathematician, Darrell has had a string of academic successes whilst at CTC in this subject. He was awarded a Gold in the 2015 and 2016 Senior Maths challenges. At Maths Masterclasses, he enjoyed applying his mathematical skills to the solution of real world problems. He also derived great pleasure from a talk at Imperial College on ‘How maths drives computing’ and he developed this theme in his EPQ. Darrell was also awarded a Chemistry Olympiad Silver. He is now studying Civil Engineering at Imperial College, London.