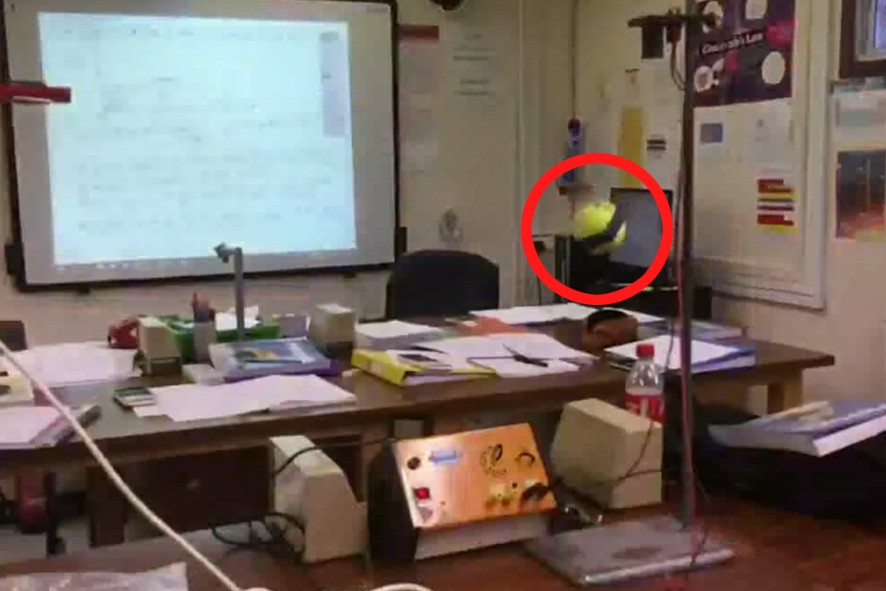 This week Zichao Zhou (Year 12) managed to hit the target in the Monkey Hunter experiment during Dr. Farrelly’s Physics class.

In practice, the tennis ball sometimes falls a little later, the pipe moves, there is some air resistance or a little air movement, etc. but sometimes, like this time…it worked!