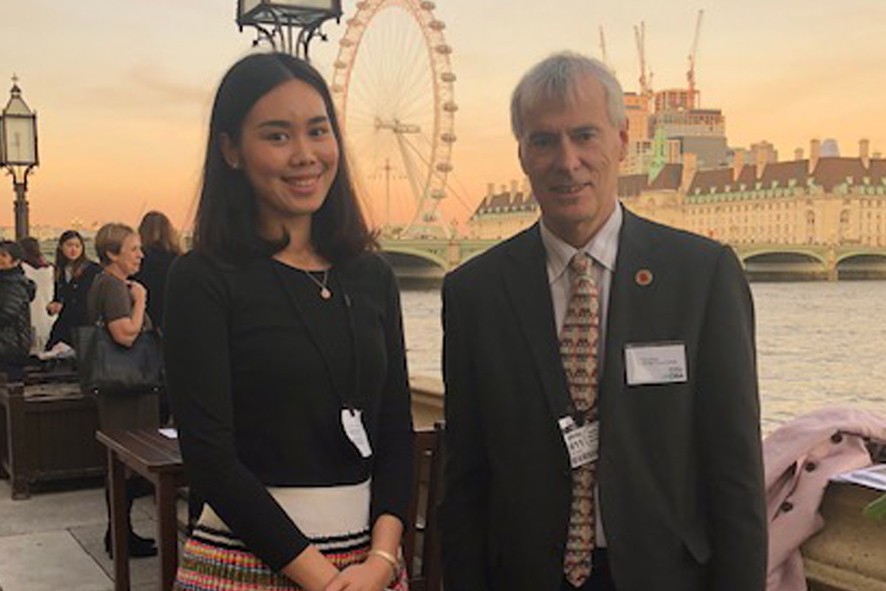 CTC were one of the few sixth form colleges invited to celebrate the 50th anniversary of UK Council for International Student Affairs and the 100 anniversary of Universities UK at the House of Commons.  The event was hosted by:

The CTC Principal Dr Chris Drew and Year 12 student Napattrarat (Kim) Narasantipong, from Thailand, were honoured with a reception and speeches by the hosts as well as the opportunity to listen to a heated debate in the House of Commons regarding the summons of the Prime Minister to the house to speak on the draft withdrawal agreement, known as Brexit.