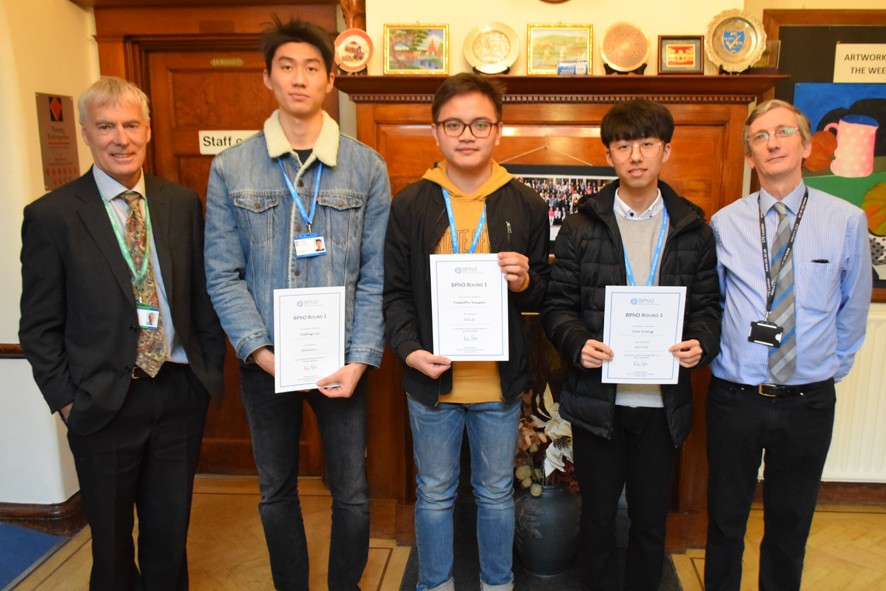 The British Physics Olympiad is a prestigious annual competition run by Oxford University. It consists of very demanding questions that require students to think beyond the constraints of A-level Physics specifications, thus it is aimed at the most able students. It is an excellent preparation for those applying to the top universities for Physics or Engineering.

CTC has frequently taken part in Round 1 of this competition and has achieved considerable successes, including the coveted gold award last year, obtained by both Chenming Wang, now studying Natural Sciences at Robinson College, Cambridge, and Zhetao Xu, now studying Electrical/Electronic Engineering at UCL.

This year, congratulations go to the three students sat the examination papers and obtained the following results:

These three students attend the Year 13 Physics Extension classes to broaden and deepen their knowledge of physics.