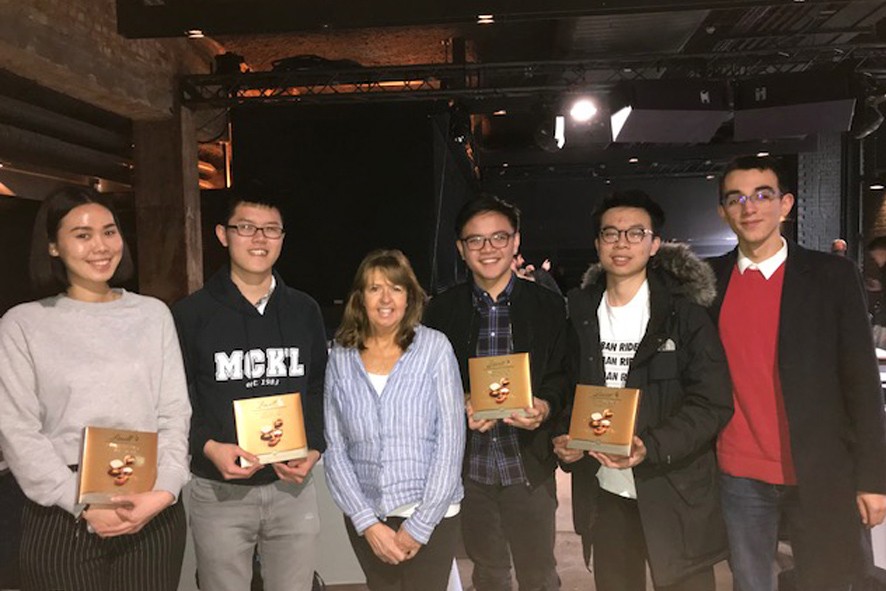 It was, as usual, a very tough competition with 11 CIFE Colleges competing this year.

The venue was a new setting for the CIFE Quiz, this year held at Imperial College London, in the student union building in Prince Consort Street,  just behind the beautiful Albert Hall in Kensington.

The room, not easy to find, was a dark theatre with a high stage and quite dramatic lighting. One of the question rounds was on the Oscars, Rami Malek and the film Bohemian Rhapsody. There was a plaque on the wall of this theatre commemorating that Queen actually played live to Imperial College students in that room, quite a claim to fame.

Our team consisted of:

Escorted for the day by Mrs Patricia Brown.

Three of these students , Wein, Armedin and Tiemothy, were in our winning team last year and were therefore the defending champions. No pressure then!  The prize we enjoyed last year,  was absolutely wonderful, afternoon tea, a tour and Parlimentary sitting with Lord Lexden at the House of Lords. Simply something that cannot be bought and we had a most exceptional day at the Lords.

The rounds varied from Geography, Science, Maths, plant identification, spelling, Chemistry and History. There was a very tough round on the English Language itself and we came first – beating even the English native speakers on that round.

There were questions on guess the cooking substance, not as smelly as last years fish samples. Sport, the Oscars and famous people as well as fastest finger first and horseracing rounds – introducing some elements of  both luck and chance.  Mrs Brown was also on the CIFE staff team- at points in the challenge giving all the teams some fierce competition.

Lunch was at the venue, the sun shone and the beautiful quadrant where the theatre was located  looked  historic and impressive. After lunch, things got even harder, CTC did well on most rounds scoring consistently high but it is always difficult to predict the final score.

At 4 pm the results were released and CTC came second !!! MPW London just managed to recover to take the lead in the final rounds.

Well done to our amazing team – we are so very proud of you!!! Thank you for taking part, first place last year and second this year – a truely wonderful achievement. Our best yet. 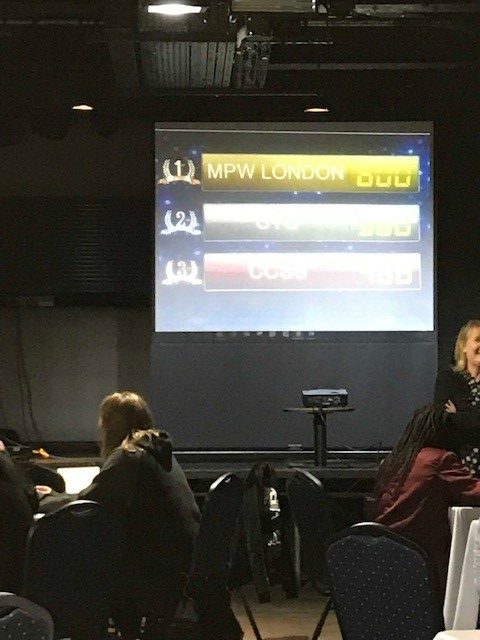 Our wonderful team with their winning second place chocolates. 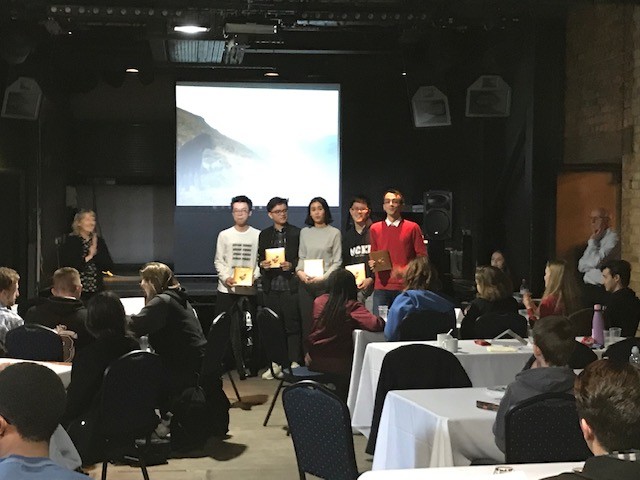