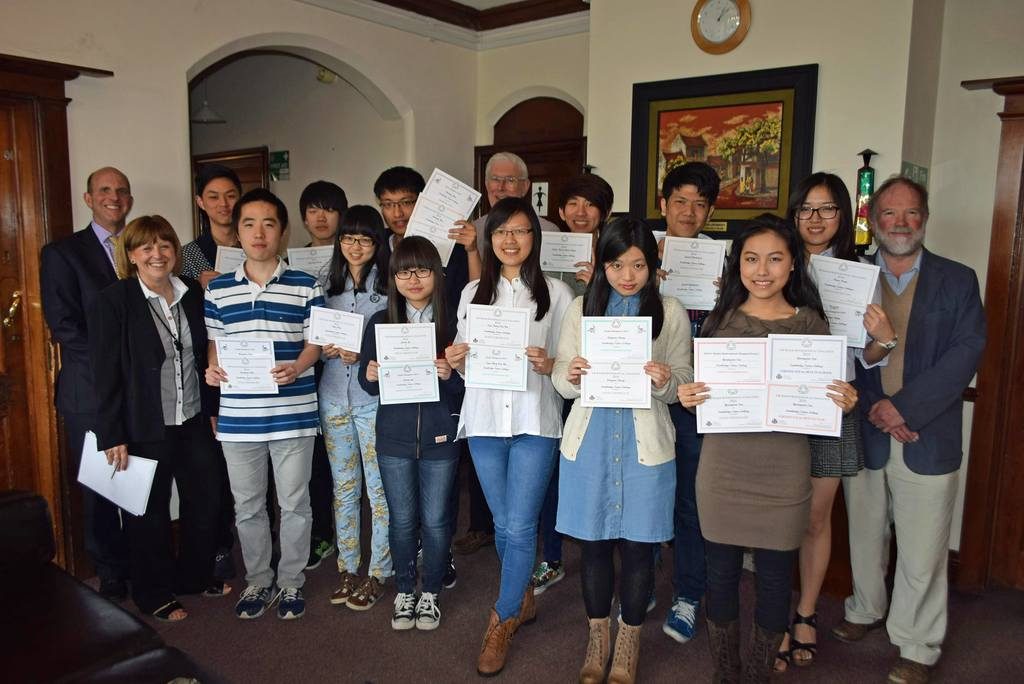 The CTC Maths Department is keen to encourage students to participate in a variety of extra-curricular activities. This is vital in promoting enthusiasm for the subject and also helps to identify students with outstanding abilities who can be stretched beyond their GCSE or A level courses. Our students attend annual lectures within the local area to broaden their mathematical knowledge and can also participate in extra courses, both at CTC and at local schools, to prepare them for Oxbridge entrance or for challenging examinations such as STEP.

This competition for schools and colleges is held every November and is run by the UKMT (United Kingdom Mathematics Trust). At CTC most of our Maths students take the SMC with high levels of success.

The Senior Kangaroo is a follow-on round which is available, by invitation only, to the best of the SMC Gold Award winners. BMO Round 1 is an alternative, and very challenging, competition for SMC high performers, and those who do well in it can attempt the even more difficult BMO Round 2. At CTC we regularly have students taking these follow-on rounds, and every year some obtain results in the top 25% nationally, for which they are awarded Merit in the Senior Kangaroo or Distinction in BMO1.

At CTC we celebrate the outstanding achievements of our students in SMC, Senior Kangaroo and BMO with an annual presentation and photo-shoot, which is held in the Spring Term. Congratulations are due to all our Gold Award winners this year (2015), but particularly to the following four students who deserve special mention:

Yuanyuan ‘Sarah’ SUN (Year 2) who achieved the highest SMC score at CTC as well as ‘Distinction’ in BMO 1.

Hongqiao ‘George’ CHEN (Year 2) who was awarded ‘Merit’ in the Senior Kangaroo as well as a high score in BMO 2. (George also took part in BMO 1 in December 2013 and was awarded ‘Distinction’).

Zhisheng MAO (Year 1) who was awarded ‘Merit’ in the Senior Kangaroo.

Zhizong ‘Oscar’ HE (GCSE) who earned the 4th highest SMC score this year at CTC and a good score on BMO 1 ( despite being at the younger end of the age range).

Looking to the future

At CTC we are proud to have the opportunity to nurture some exceptional mathematicians. We are confident that the outstanding achievements of our students this year will inspire others to do equally well (or even better!) in the future.

“I would like to thank everyone at CTC for their help, support and encouragement during my time there. Today I received two A*s and one A, and I am extremely thrilled and proud of this result.

The support that all of my tutors gave me was vital to my success and I would like to thank them all for motivating me to be the best that I could be. I will never forget my time at CTC.

I wish you and the college all the best! I hope to come in soon and visit you once more. Thank you once again!”

Barbara achieved 2 A* and 1 A grade in Government and Politics, History and Mathematics and will be continuing her studies reading History at LSE

“I am proud to report that I am going to be a fresher at Nottingham University this September!

Thank you so much for all your teaching and support for the past two years. Had it not been for your help, I would never have achieved the grades I need in Economics, something I never thought I would be able to reach.

Again, please accept my immense gratitude for you and the college.”

“There is a very positive and supportive ethos in the college which supports academic learning, enrichment and development. Tutors work with a great deal of professional autonomy and the students are hardworking, mature and respectful. There is a fascinating mix amongst the cohort of home-based and international students, and the relations between staff and students are harmonious.”

“The opportunity to engage with such a diverse international cohort of students has been a truly wonderful experience. I’ve loved working with a small group of motivated and friendly students that are the hallmark of CTC London and celebrating the students’ success as they proceed onwards on their academic journeys.”

“Students at CTC London are so dedicated to succeed and are a pleasure to teach because of this. The teaching staff here are wonderful and really connect with the students enabling them to truly reach their potential.”

“CTC is an amazing place to work and has given me the opportunity to develop both personally and professionally. The small class sizes and the friendly atmosphere really promote an excellent environment for me to pass my knowledge on and truly get the full potential from each of our students!”

“The benefit of small classes cannot be overstated, it allows students to have lots of contact time with their tutors, especially in my subject where every student is following their own personal pathway, allowing them to be thoroughly stretched and achieve their full potential”

“Cambridge Tutors College is an excellent institution where students can really progress their education to the next level. Teaching in classes of around six students really helps us develop these young students in on an individual level. I only wish I found CTC London 30 years ago!”

One thing I appreciated  was CTC’s unique, friendly learning atmosphere, I was surrounded by a society where everyone is passionate for studying and eager to learn new things. I found the experience truly enjoyable, and studying there was definitely one of the best experiences in my life, I am grateful for what all my tutors did.

I would recommend Cambridge Tutors College to people who looking for a place where dreams would come true.

Admissions
We use cookies on our website to give you the most relevant experience by remembering your preferences and repeat visits. By clicking “Accept All”, you consent to the use of ALL the cookies. However, you may visit "Cookie Settings" to provide a controlled consent.
SettingsRejectAccept All